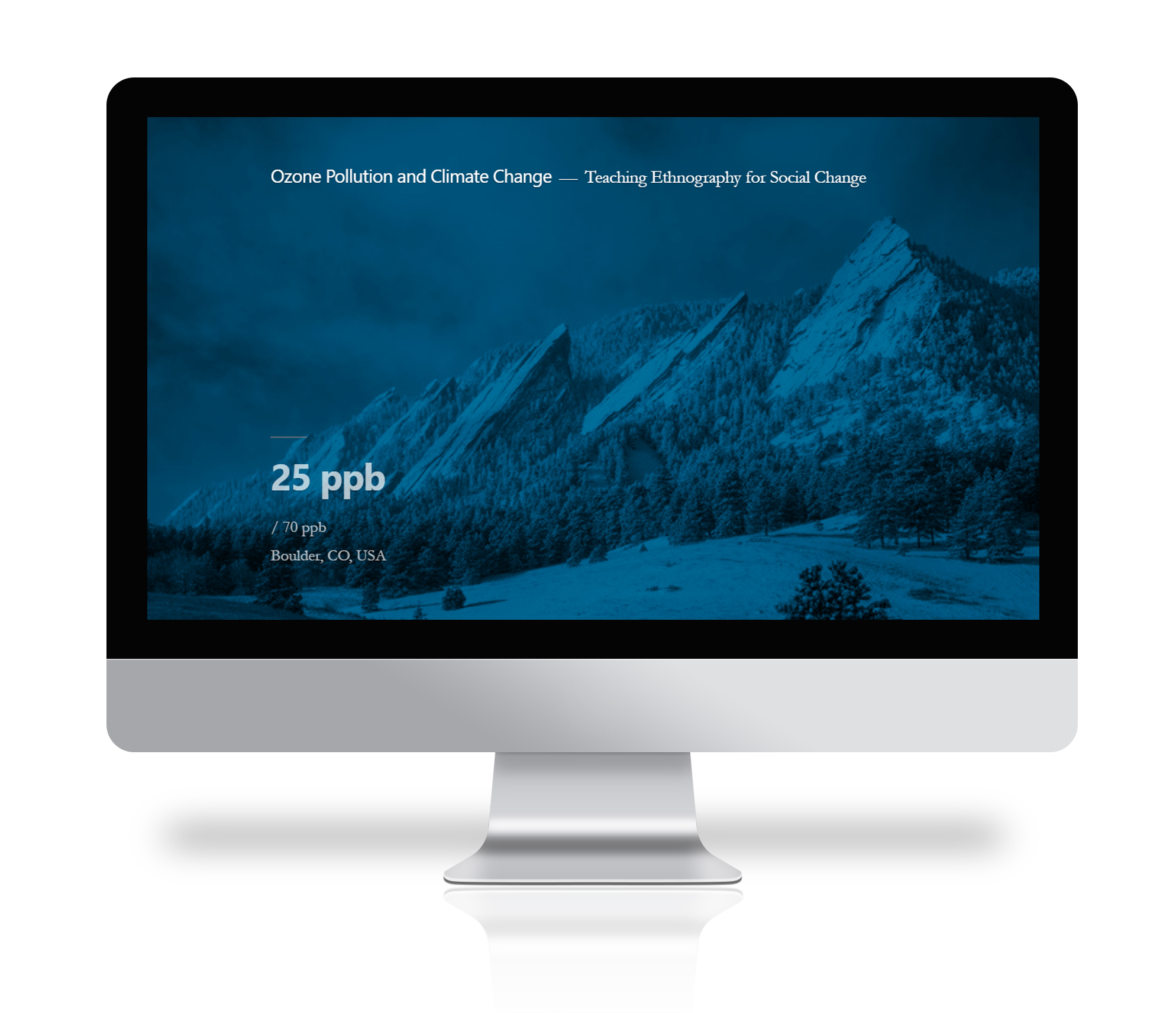 This site was created by Sawyer Gander, Kayleigh Cornell, Klara Smith, Nicole Humphrey, and Shanel Wu as part of a course taught by Kathryn Goldfarb.

This website was created to showcase a semester long Anthropology research project on ozone pollution in the front range. My group members and I interviewed scientists, lawyers, and CU professors to learn how scientific knowledge and policy interact.

Our project was part of an upper division Anthropology class about applied anthropology. Each group chose a social problem and then developed questions and created a research proposal. Atmospheric scientists from the Boulder area informed us on ozone pollution in the area and a broader project they are involved with collecting ozone pollution levels from around the world. We collaboratively developed our research questions with these scientists, focusing on social aspects of ozone pollution in the Front Range.

Check out some other sites!